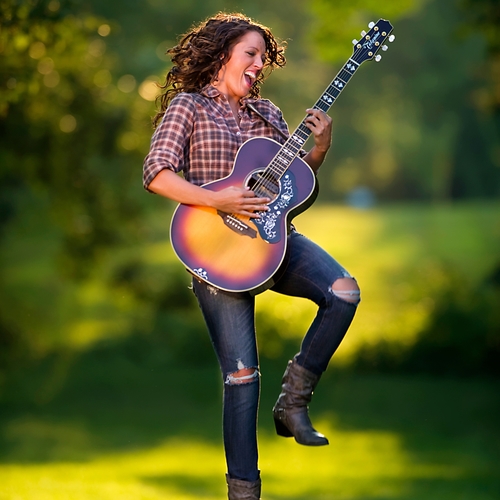 Karla Davis is a soulful singer/songwriter from Monroe, North Carolina.  Driven by the church, it was the choir that invoked her musical spirit. Karla grew up not only singing in church, but also as a phenomenal athlete. She played multiple sports throughout high school and went on the receive an athletic scholarship to play for the Women’s Soccer Team at The University of North Carolina at Greensboro. “I was so focused on school and soccer that once it was all coming to an end I had to figure out what truly made me happy…what I was meant to do”.  Music found Karla just as quickly as her fingers found their home on the fret board of her first guitar.  ”I could just hear something on the radio and play it…I felt a fire inside of me when I performed…like nothing I had ever experienced before”.

KARLA DAVIS ON THE VOICE

After several phone calls, emails, and connections, a friend of Davis got her a private audition for The Voice. Her YouTube presence definitely helped secure the special treatment. She had 80 videos up by then, with thousands of views and comments. However, it was still a long process from initial audition to being on stage with entertainment’s elites. After three rounds of auditions and on-camera interviews, the producers said, “We’ll let you know in the next two months.”

Exactly two months later they called to invite her to do the live televised auditions.

Davis enjoyed the whole process, which lasted eight months in total, all that time traveling back and forth to Los Angeles. There were a lot of 18-hour days, and of course, invaluable experiences. When Davis finally met the celebrity judges, she was surprised by how close they were.

“As contestants, we were a lot closer to the celebrity judges than it looks on TV,” she said “I could hear Adam Levine lean over and whisper to Blake Shelton before I started.”

Davis wouldn’t tell us what was said. A little mystery is a good thing. What she did admit: Competing to be The Voice was the scariest and most exciting she ever did. Davis made it through the televised blind auditions, the fan voting, and the battle rounds. She went home after achieving Top 16 status.

“Your bag has to be packed in case you don’t make it to the next round,” she said “And then your bags meet you at the airport.”

The silver lining: The flight out of L.A. went straight to New York. The next night Davis was performing in front of America on Jimmy Fallon. ”I got to practice and perform with The Roots!”

Then it was time for a quick stop at home before getting back out on the road.

“I love being able to go and tour each summer and see the country.”