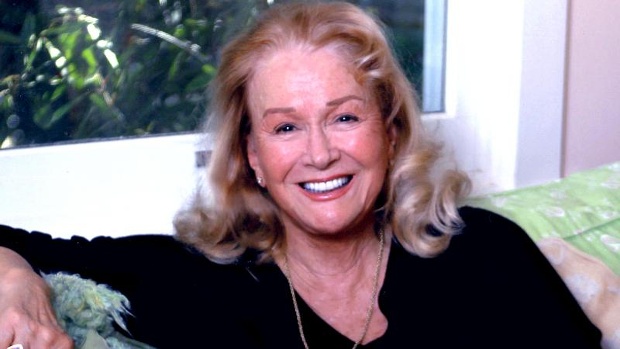 Screen legend Diane Ladd does double-duty, in a sense, in director David O. Russell’s critically acclaimed dramedy “Joy,” both as the wise grandmother of the title character, Joy (Jennifer Lawrence), and as the film’s narrator. The amazing thing is, Ladd’s enlightened sense of storytelling — which establishes a larger-than-life presence of her character throughout the film — wasn’t originally in Russell’s plans.

Ladd, who was already done with filming “Joy,” said she actually got the call from Russell just as she was wrapping up her upcoming film, “Sophie and the Rising Sun.”

“David put the producers on the phone and they said they tested the picture,” Ladd said in a phone conversation this week. “They said, ‘Without question, everybody adores Jennifer Lawrence, Robert De Niro and Bradley Cooper. But after testing the picture, we need more light in it, and you are everybody’s favorite character in the movie because you constantly give Joy hope. Because of that, we want you the narrate the whole picture.’”

Now playing in theaters nationwide, “Joy” is based on the true-life tale of Joy Mangano, a divorced mother of two who defied the odds in the early 1990s with her invention of the Miracle Mop, a product that helped the burgeoning inventor lay the foundation of what would become a business dynasty. “Joy” also stars Robert De Niro as Joy’s hard-edged dad, Rudy; Virginia Madsen as her sheltered mother and Rudy’s ex-wife, Terry; Bradley Cooper as QVC executive Neil Walker; Edgar Ramirez as Joy’s ex-husband and loyal advisor; and Isabella Rossellini as Rudy’s new wife and Joy’s principal investor, Trudy.

The actress, who earned Oscar nominations for her work in “Alice Doesn’t Live Here Anymore,” “Wild at Heart” and “Rambling Rose,” said narrating “Joy” was the hardest work she’s ever done because she had “already put the character aside” to work on her role in “Sophie and the Rising Sun.”

“I went off and created a whole new character, so when I came back, David was quite incredible in guiding me,” Ladd said. “He helped me lower my voice three octaves so I would sound older, and give off more wisdom and age. To prepare myself, I would do a bit of method acting, or more specifically, method narration. I would sit in meditation and put myself in a state of unconditional love so I would never judge (the people that wronged Joy).”

Ladd, 80, added that the image Russell gave her to narrate the film was Clarence from the Frank Capra Christmas classic “It’s a Wonderful Life.”

“It was almost if Mimi was an angel and not a human. Maybe her soul had come in ahead of time so she’d be there to help Joy and this family,” Ladd observed. “Maybe she was there to help because if Joy succeeded and fulfilled her destiny, she could put a minimum of 500 people to work, and the people she picked were Spanish and Latin people who needed jobs. Suppose she hadn’t been there to fulfill her destiny, like George Bailey did in ‘It’s a Wonderful Life’? What would have happened to those people, and a lot more now? The spiral goes on and on.”

As far as her character’s physical presence in “Joy,” Ladd said she absolutely loved how Russell and co-writer Annie Mumolo created a strong Bond between a grandmother and her grandchild. As the mother of two-time Oscar nominee Laura Dern, Ladd knows the bond between generations very well.

“I told David right away that American Indians have a saying: ‘The soul of a grandchild’ lives in the heart of a grandmother,’” Ladd said. “As a mother, it took five friends of mine to help tell Laura what to do. But if my mother, Mary, said something to Laura, she was right there. They had such a connection.”

Now, Ladd says, she has the same sort of relationship with Dern’s daughter.

“Once Laura and her daughter had a fight and Laura went off, and I said, ‘Come on, Jaya,’ and I think she thought I was going to preach at her. But instead I took a blanket and we went outside, and we laid on the ground and looked up at the trees and the sky — and in a little while Jaya was telling me all of her feelings,” Ladd recalled.

Having lived those vital, real-life roles, Ladd said she’s developed a clear understanding of how the grandmother and grandchild dynamic works, and was more than happy to bring that knowledge to her work with Lawrence in “Joy.”

“I think grandmothers see clear because responsibility isn’t always on us,” Ladd said, laughing. “A grandparent can pull back and relax more, and have a little more detachment. The parent’s on the line, man. God’s got your backside pinned to the wall.”