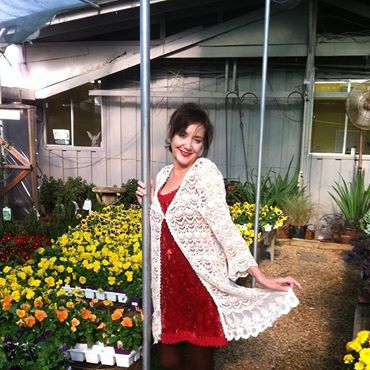 I had the great pleasure of meeting a true Southern Belle at this years Film-com.com gathering in Nashville where filmmakers, screenwriters and media moguls gather to promote their newest projects.  Angela shared with me details of her latest film project, I knew we would be friends right away. She exhibits a high degree of femininity all the while engaging her enthralled  aqaintences, including me. She has a southern charm, beauty and grace that is very endearing and re – assuring. She smiled at one point, and slyly confessed that all the men she had previously dated had soon thereafter become rich.  ”I’m next” I shot back,  another gentleman cut me off to make his introduction.

I came to find out that Angela VanZandt was born in Rome Georgia but grew up in Little Rock,  Arkansas and heads up the Women in Film Arkansas organization there where she is continually organizing events and social gathering.

Knowing where you came from helps to understand where your going. This is part of what qualify’s her to produce the film, Brother Against Brother, The Arkansas Peace Society, which is is a highly regarded Civil War documentary.

Angela VanZandt is a screenwriter and producer in Little Rock, Arkansas. Angela is also President and Founder of Women In Film Arkansas. Born in Rome, Georgia, she specializes in capturing the soul and spirit of the great American South… a region rich in story and character. Her writing is dialogue driven, and full of local color.

Angela has loved film since she was a small child. She sold movies for Sight and Sound Distributors (top three movie distributors of Hollywood content at the time) for several years, where she was their top salesperson in the nation and earned five national sales awards in one year. Studios payed me alot of money to dress up like Scarlet O Hara to promote the re – release of  ”Gone With the Wind”.

I would be traveling on the road and I would call Moma from my hotel room…this was before cel phones. “Where are you”?  I’d say I don’t know…just in a hotel”….I don’t know… North or South Carolina?… I didn’t know what city or state I was in, and it didn’t matter…all that mattered is that I went to another video store and sold more movies”.  My boss would ask me  ”What’s your selling secret? I would say  ”Do unto others as you would want them to do unto you”.  Angela is Southern Baptist.

Her goal is to make as many films as possible in all genres to help preserve the Southern heritage. As a screenwriter and producer for the State of Arkansas, Angela has produced eight short films including two animations available for viewing on YouTube and wrote many textbooks for IBooks.

Talking to her via phone she said…”I used to cry over boys…I was heartbroken half the time…my mother and her friends Loree, Flo, (her real name was Florida May but she would get mad if you said that) Eula Nell, and Clarice would give me advice. My mother said, “Boys are like buses, if you miss one there will be another one in a few minutes”.

“When you meet another Southern women, you would say… what’s your pattern”? “You can tell a whole lot about a person by their silver pattern”. “Their personality and their pedigree”. “If it’s handed down from Grandmothers that’s even better”.

Angela’s Silver pattern is Melrose by GORHAM, which is a design copied off the back of a Mahogany chair at the Melrose Plantation in Natchez.  Her Mother and sister has the same pattern. She wants me to tell you that her Mother won hers on the Bride and Groom Radio Show on ABC RADIO Hollywood Circa 1947, where her parents were  married on what was a very early reality show. When she was a young girl she lived in New York to work at Tiffany & Company and worked on the Silver floor, of course. Where else?

Angela is an Impressionist painter, with a degree in Art from The University of Arkansas, Fayetteville. She has studied under Roller Wilson, Barry Thomas, and German master painter Guido Frick. Her works are predominately sold through Charitable Balls and causes.

“Today is Bleach Day, one day a week I get out the bleach and wear a white linen dress so I won’t ruin it.” She was cleaning while talking on via  phone. “If I need money I just go shopping”.  What do you mean, I asked ? “Because when I buy something on sale for 20.00, that’s regularly 120.00, that’s the same thing as earning a hundred, because a penny saved is a penny earned”.

With such diverse backgrounds in advertising, fine art, storytelling, movie distribution, poetry and five current feature film projects in development, (Los Angeles, Mumbai, Nashville) and two TV pilots.  Angela Van Zandt is one Southern Belle who is not slowing down, even with her southern drawl she talks and moves fast. With all her Southern Roots she wants you to know that she loves everybody, and we love her. I imagine she has put away the bleach and is polishing her silver in the time it has taken me to jot this down. 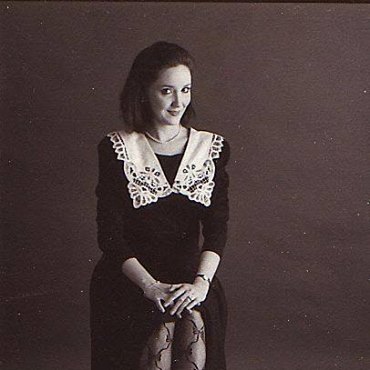